Confessions of an Ad man 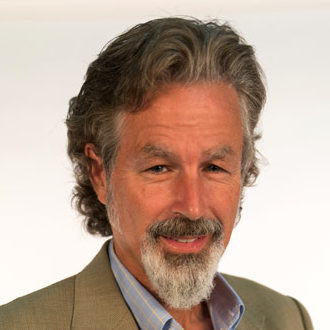 I started my advertising career almost 30 years ago as a commission-only cable ad sales rep for a small cable company that has long since been gobbled up by bigger fish. Back then, I was on the cutting edge of an advertising revolution. I used to love the look on the face of a small business owner when they realized I could sell them a thirty (30) second TV ad on ESPN's NFL Sunday Night Football game for only $25. It was true. The technology behind local cable TV advertising was a game-changer for local businesses in the early to mid 80's and I was there when it all went down.

And I sold a ton of it to local car dealers, beauty shops, pizza parlors, deli's, funeral homes; all businesses that traditionally could not afford TV advertising on Broadcast TV. However, a few years into this advertising boom on cable TV, I realized a disturbing trend. Some of the local businesses were not renewing their contracts when they expired. In fact, an alarming number of them did not ante-up again. The attrition rate was as high as 65%! How could this be? The programming on cable was great. The ad rates were very attractive! And like newspaper advertising, you could select geographic ad zones to ensure there was no audience waste in your buys.

Back then, there were no audience measurement tools for local cable advertising. Nielsen only surveyed cable programming on a national basis. It just wasn’t available in local markets at the time. The fact of the matter was, I was in my 20's and making serious money for the first time in my life and I had no idea what I was doing, In restrospect, essentially we were selling brands and not audiences to local advertisers. We really didn’t know who was watching, what their demographic makeup was, or how many people were watching at any given time. We were selling the CNN brand name, or ESPN or MTV.

Many years later (in the mid to late 90's), Nielsen finally did provide audience measurement services for local cable TV. When we all got the data, we realized why local cable suffered from a high advertiser attrition rate. Unlike the traditional broadcast TV model where you reach very large homogeneous audiences across a large geographic region all at once, cable TV viewership was a labyrinth of small, disconnected audiences huddled in very small geographic ad zones and dispersed out over 50 to 100 networks. I began to realize it just took way too long for the average local cable TV ad buy to build up enough reach and frequency against a targeted audience for it to work. It didn't matter how low of a rate the cable rep was selling it for, it wasn't going to work consistently for clients if you couldn't accurately match the cable programs you buy to your clients targeted audience.

The good news at the time was that Nielsen was providing us with the audience data so that we could finally match networks to a clients targeted audience. The bad news was the numbers were very low for most cable programs. To combat these low ratings, we turned to a "Cover the Earth" strategy of offering ad packages that included thousands of spots across many (if not all) cable ad-supported networks at very low cost per spots.

And for the most part, the strategy worked! We were able to get advertisers to buy these packages because of the sheer volume of spots included and the very attractive low cost per spots. However, very few clients had any idea what they were buying. Without the aid of sophisticated software or the help of a competent ad agency, many cleints ended up buying programs in these packages with 0 ratings against their targeted audiences. Yes, the spots only cost the client $5 per spot. But when you bought hundreds of spots with 0 ratings every month, it got very expensive and ineffective very quickly. And to be fair, some clients, usually the larger clients who could afford to outspend their competition, did very well with these frequency packages. But for the average local business with a limited ad budget, cable advertising became an iffy proposition.

Today, most if not all cable companies have invested in the Nielsen ratings surveys and have trained their sales people extensively on how to manipulate the numbers. With this data, the cable company knows the audience size and demographic makeup on each cable network on a quarter-hour basis. Cable ratings has improved dramatically since I was a cable ad rep over 15 years ago. So has the sheer volume of cable programming available to advertise on. Cable companies now can price their programming according to ratings instead of brand awareness. What this also means, of course is, they know which networks have little to no audience against a targeted audience as well. Danger!!!

Now, consider this fact: most cable companies have anywhere from 50 to 75 ad supported networks to sell on a 24-hour basis. They're a business like anyone else. Their goal is to sell as much of their ad inventory as humanly possible. As a result, many cable companies offer ad packages that tout thousands of spots at very low rates across 25 to 50 networks. Why? Again, because of the sheer volume of inventory they have to sell on any given day. Yes, they can get a premium for an NFL football game on ESPN that does a 10 rating, but how do they sell reruns of "Little House On The Prairie" on Hallmark Channel at 2pm on a Tuesday with a .1 rating? They sell it by packaging it and then hoping the client is not sophisticated enough to know better. Beginning to sound like the good ole days again?

Back in the day, we adopted this packaging strategy because we didn't have the data to sell it any other way. Today, cable companies are still packaging their ad product (even with all of the advanced technology at their fingertips) because it's the only way they can get rid of excess inventory with little to no ratings. And again, to be fair, not all cable ad packges are stuffed with inventory no one else wants. But beware -- many of them are! Unless you have an experienced ad agency on your side with the appropriate experience and software tools to really look under the hood of these ad packages, the local client is setting themselves up for failure when buying direct.

I'm always amused when I here from a business owner, "We handle our own advertising in-house!" What that really says to me is, "We waste about 30% to 50% of our ad dollars on things that don't perform for us!" Another one I hear a lot is, "We are too small to afford an ad agency!" Well, if an ad agency cost 15% and a local business is wasting 30% on advertisng that is inappropriate for their customers...Hmm!

A good ad agency will save a business lots of time and money and will pay for itself in short order. Yes, I am biased. I started Cyrid Media, an ad agency in Cleveland, Ohio, in 2000. But the reason I got into this business is because I knew I could do better for clients than the clients could do for themselves when it comes to media. I liken myself to the tax consultant who formerly was an IRS agent. Or the diner who use to be a cook? I know how it all works! Like one of my clients always says, "Sometimes it's best not to know how the sausage is made?" Too late for me!

PrevPrevious ArticleClickers versus Converters
Next ArticleHow to avoid the Digital HucksterNext 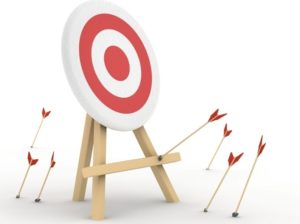 At Cyrid Media, we can review your current linear tv buys and make suggestions on how to make the transition to CTV so that you are always targeting the right audience. 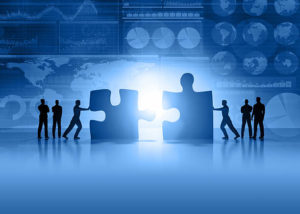